In many project my colleagues from the wind and site department (the people who calculate the best wind turbine model and the optimal layout in a wind farm) are forced to put quite a lot of wind turbines in a reduced space.

Each of these wind turbines generate a “wake effect” – basically, they create turbulence in the wind.

These turbulences can affect other turbines nearby, increasing loads. This is not good, because higher loads usually means more problems due to component failures.

Wind sector management it’s a solution to this problem – basically, when the wind is blowing from a certain direction some turbines are automatically shut down.

There are basically 2 alternatives: you can shut down the turbine upstream (the one creating the turbulence) or the one downstream (the one suffering the increased loads).

Stopping one or more wind turbines will obviously result in a loss of production. However, the guys in wind and site often found that, even considering these losses, the global output of the wind farm is higher in a densely packed wind farm with wind sector management then in a configuration without it.

In the market there are also more advanced solutions that, instead of stopping completely the wind turbines, change only some parameters of the WTGs. For instance the optimization algorithm could decide to change the speed of the rotor or the pitch of the blade.

Wind sector management is one of the curtailment that a wind farm can have. Other typical restrictions are linked to environmental issues (noise, shadow flickering, birds or bats) or to requirements coming from the grid.

The wind site assessment (or "wind and site" assessment) is one of the most important steps in the development of a wind farm.

Basically is a in depth analysis of the site conditions of the area where a wind farm could be built.

Purpose of this assessment is calculate energy production and suitability of a specific WTG model to the local conditions.

Such study is usually performed by different stakeholders – external consultancies (possibly on behalf of financial institutions), wind turbines manufacturers and even developers (if they are big enough to have a wind & site department in house).

The inputs for the site assessment are:

Wind data includes usually raw data from one or more met masts. Measurement period should be sufficiently long, ideally several years. Key data are the wind rose (from where the wind is blowing), the distribution of the wind speeds (it follows a Weibull distribution) and the normal and extreme wind speeds.

Topography & Roughness conditions have an impact on turbulence, flow inclination and local speed up effects that can be key in the selection of the correct wind turbine.

Other environmental conditions include parameters such as temperature (both very high and very low temperature will need a special “package” and usually leads to decreased energy production), air density (will change the loads, and if very high or low could lead to a derating) and seismic actions (will the tower withstand earthquakes?).

It’s important to highlight that usually there is uncertainty on one or more parameters. Therefore different assumptions are made by the wind & site engineers. The interesting part of the story is that, depending on where you are working, you will be interested in “twisting a bit” the numbers in a different direction.

For instance, an external consultant will usually be more conservative when analysing energy production (as he doesn’t want to be blamed if the actual production is lower).

Conversely, a WTG manufacturer could possibly give you higher number when calculating energy production. This is good for 2 reasons: because more production means more money for the prospective customer, and because considering higher loads put the engineer on the safe side when assessing expected life of the key components of the wind turbine. 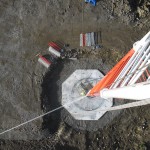 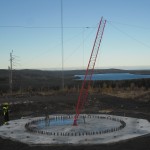 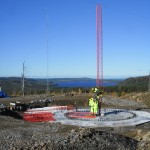 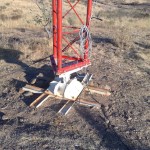 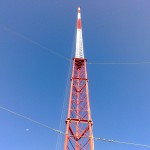