Almost in every wind farm a step-up substation is built to collect all the energy generated by the turbines and received through the MV cables. The exceptions are new wind farms or existing wind farms extensions built near a substation that can be upgraded to absorb the additional energy produced: in these cases, only a control center with the SCADA and the medium voltage system is realized.

Although there are different possible technical solutions, normally a substation will be composed by the following elements:

Capacitors banks are installed to comply with the grid requirements regarding active and reactive power.

The auxiliary services supply energy both in AC/DC current, and count with a group of battery that can generate energy for several hours to operate the substation in case of emergency, a rectifier and often a backup diesel generator, with a tank big enough to provide energy for 3 days..

Control, protection and metering system allows the correct operation of the wind farm according to local regulations and grid requirements. Basically they are protection relays for the switchgear and power transformers

Also the SCADA server is normally located inside the substation, together with a parabolic antenna to grant broad band connection. 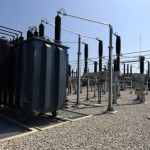 There are several available solutions to connect with the existing high voltage distribution network: normally a dedicated line is used, while in other situations a tap off (or “T” connection) is used. A third solution is to open   the existing line between 2 substations.

The 3 solution are shown on the following diagrams: 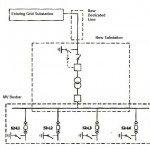 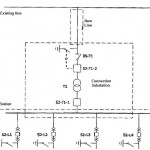 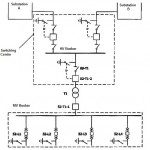 Other AutoCAD blocks of cranes that you may find useful.

Manitowoc cranes are not very common in europe but they are widely used in the states. 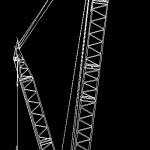 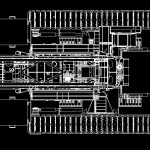 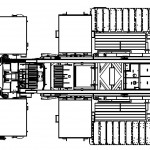 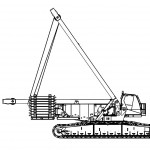 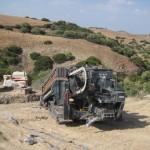 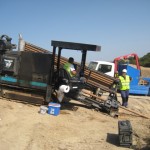 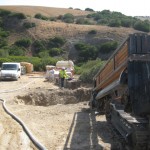 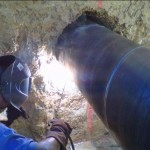 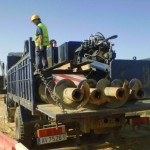 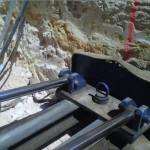 Here you have my collection of Terex Demag cranes: 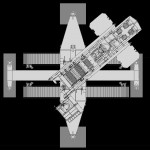 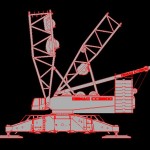 Grout is an extra high properties material that is normally used in wind farm construction just below the tower flange, above the foundation.

It is a transition material, designed to have a very high fatigue resistance. All the dynamic loads need to be transferred and absorbed by the grout connecting the tower to the foundation structure.

Grout is volume stable and his resistance grow very quickly (it is faster than normal concrete in achieving a relevant percentage of his final value, and it has a very low porosity and water absorption.

Thanks to the rapid strength build-up, it allows earlier pre-stressing of anchors at all temperature ranges (it is normal to work between 2 and 30 degrees): a short hardening time permit a short overall installation times and earlier operation of the wind farm.

In the picture you can see how it is prepared. We are working by night, because the temperature was real high during the day (more than 38 degree). In cold wind farm we need to use thermal blanket to keep the grout warm.

First of all pipe are lubricated with standard Portland cement slurry. Then, grouting is prepared in the mixing machines. We are using 2 machines in parallel because mixing time (minimum 7 minutes) is about 2 times the time needed to empty the mixer. Water consumption was 2.25 liters for every 25 Kg grout bag. After the grout is tested: a “pizza” is made to see if the viscosity is right (not too dense, not too liquid). The technical name of the test is ASTM C230 ring. When it’s considered ready, the small channel between the tower and the foundation is quickly cleaned and the grout is pumped from the highest point of the circumference (it should be leveled, but there are always small difference in elevation. It can’t be vibrated, so a steel rebar is used to shake it a little. We needed around 2 hours to fill the channel. At the end of the work, pipes are cleaned pushing a sponge inside them to remove the rests of grout.

The grout slowly fill the empty space below the tower flange: Meanwhile several samples are taken to test it: only 24 hours after we had the astonishing result of 62 N/mm2. Here you have the expected hardening curves: Testing is normally made with 12 75 mm cubes, although cylinders are considered acceptable.

There are numerous producer of this material. In this wind farm we used chemical giant BAST “Masterflow 9200” grout designed specifically for Vestas. We employed around 96 x 25 Kg bags (2400 Kg).